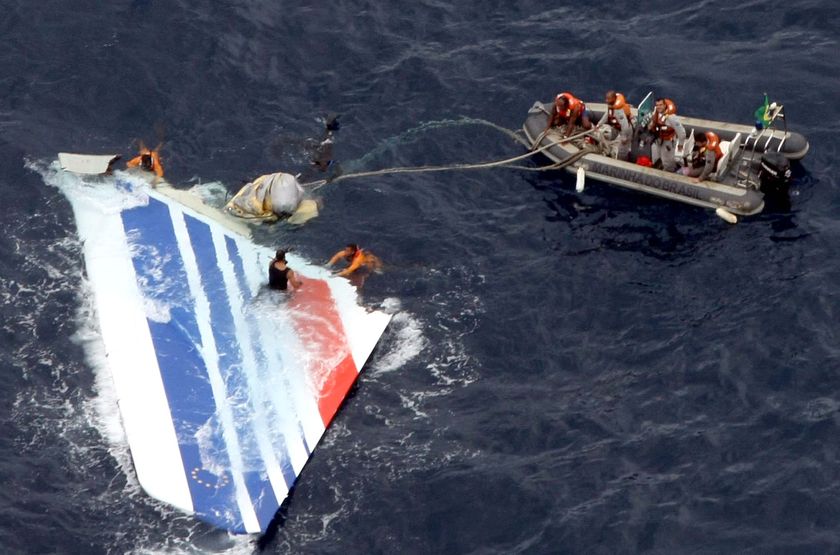 I recall reading the initial reports of the crash of Air France 447, an Airbus A-330 (F-GZCP) that crashed into the Atlantic Ocean on June 1, 2009 en route from Rio de Janeiro, Brazil to Paris, France. Early reports cited weather, icing and turbulence as possible causes leading to the disappearance. An ACARS message released almost immediate after the crash reported some sort of fault with the pitot-static system, which provides air speed indications on the flight deck.

On April 26, the cockpit flight recorders (black boxes) were retrieved and sent to the French Bureau d’Enquetes et d’Analyses (BEA). More information is now coming to the forefront and it’s beginning to look more like pilot error than mechanical failure. Although based on the ACARS message and the flight data recorders, there was a fault, with the pitot-static system. This means icing had cover the pitot tubes and erroneous airspeed information was being received.

While I have never used an autopilot system in my flight career, this system disengaged when it was unable to maintain airspeed. Basic ground school and flight training teach you to push the nose of the aircraft down to break a stall. A stall is created when there is not enough airflow over the wings, which generate lift. When lift is lost, gravity takes over and you being to fall out of the air. Simple principle.

The more stories I read the more appears as the flying pilot failed to follow the first rule of an emergency, fly the airplane. I am ignoring the fact the Captain was not on the flight deck at this time, which is somewhat irrelevant. If you fly the plane, you have time to troubleshoot and prioritize the alarms. Especially with a few of three pilots. Unfortunately, when you pull the nose back on the yoke, you only increase the rate at which you are falling out of the sky. Reports have it at close to 10,000/min! From FL380, 3 minutes is not much time to troubleshoot and recover from what became an impossible situation.

I can only speculate as to what the airspeed indicator read. If the pitot-static system froze at a cruise speed (0.82, just a guess) while the airspeed continued to decrease, causing the autopilot to disengage, then the flying pilot was reading an incorrect airspeed and ignoring the vertical speed indicator (VSI). The VSI tells you the rate of decent or climb. In this case with airspeed continuing to decrease the VSI would show an increase in the rate of decent. All the signs of a stall.

Could this crash have been avoided? I believe it could have. IF the flying pilot would have interpreted the instrument readings correctly and flew the aircraft, this would have bought the flight crew more time to figure out what was wrong and how to resolve the alarms that were going off. Unfortunately you cannot judge people on how they will perform in an emergency situation. Being professional pilots, you would think the situation would have been managed differently. Consider what the flight crew of Qantas Flight 32 did after suffering an engine failure which required an emergency landing in Singapore.

As I wrote a few days back I mixed my first Michelada. I knew of the drink, but looking at the ingredients, it just did not look like something I would find refreshing. How wrong I was. I used Pacifico, as this recipe called for. In my opinion, this “light” beer has a bit of a bitter taste, but it still worked out as the main liquid in the beer.

Yesterday I decided to pick up some Modelo Especial, which is a a bit smoother drinking beer. I was trying to offset a bit of the beer taste that as present when I first poured my Michelada. I also picked up some Maggi Seasoning Sauce (jugo sazonador). Usually used to create a broth, this was a salty liquid similar to Worcestershire sauce, but without all the spiciness.

My pour yesterday consisted of a 12 ounce can of Modelo, 6 ounces of Clamato (I still had the picante flavored in the refrigerator), two dashes of Worcestershire sauce, lime juice, El Yucateco Habenero Hot Sauce, a few dashes of Maggi Seasoning and Tajin Fruit Seasoning.

I covered the rim of the glass with the Tajin. Over ice I combined the Worcestershire, sauce, lime juice, hot sauce and the Maggi Seasoning. Once mixed I poured the beer and the Clamato together. I mixed it together and tasted.

I consider this a much better mix. What was better about it? There was a spicy aftertaste after downing a cold swallow of the Michelada. The spice stayed with you for a bit, which was nice. Also the fruit season of the Tajin was a nice flavor with the actual drink. I think I have greatly improved my Michelada. I would like try a darker beer, for example Negro Modelo and see how the flavors come together. The other option would to vary the hot sauce based on the Scoville scale.