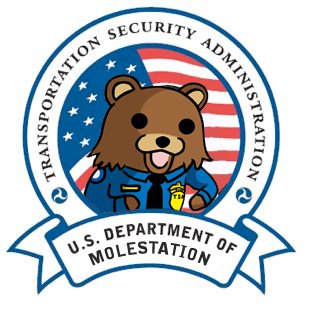 This comes as no surprise that the DHS, more specifically, Big Sis is backpedaling after the story broken over a week ago after a video was made viral showing a 6-year old girl being molested by the TSA (See my previous story). Today The Daily Caller reports the pat-down was “done professionally according to the protocols.”

By the TSA coming forth in defense of their protocols and procedures of the pat-down of the 6-year old was “done professionally” is admitting they did something wrong. I fail to see how this woman can sleep at night when she heads such a mismanaged department in the DHS.

The TSA will continue with their pat-down procedures, but are working to “streamline the airport screening process.” Top on the list to expedite an air traveler through security, “is expanding trust and traveler programs, programs where people will get biometric cards. They’ve already supplied information. We know they are safe to travel. We can move them through the system. That’s going to be expanded this year. That allows us to remove a number of people I think from the screening process.”

So now we give even MORE personal information to the DHS just to process us through the security checkpoint. I tend to believe the majority of fliers are NOT business fliers who are taking to the airports on a weekly basis. A majority are people who use the airlines for “pleasure” (although there is rarely any pleasure left in flying).

I would expect this “trust and traveler program” to reduce the security lines, as mentioned by Big Sis. That is not the problem though. The fact still remains the procedures implemented by the TSA are unacceptable! Especially when a 6-year old is being molested (professionally by the TSA). I disagree with how the protocols are and procedures are implemented. That is what needs to change.

Of course this broad goes on to defend her position and that of the TSA, “So we process almost 2 million passengers a day in U.S. airports. The scope and scale of what we do in aviation is far beyond what any other country does.” And the fact remains the US is no safer today than we were before 9-11. I would much rather go with European style airport security than this dog and pony show that Big Sis oversees.

To date, since 9-11 I cannot recall a checkpoint that foiled a terrorist attack because of a pat-down or otherwise. Nothing the mainstream media has brought to attention because it has not happened. Numerous attempts have been foiled because of intelligence gathering that were deemed “credible” long before these plans get to the airport.