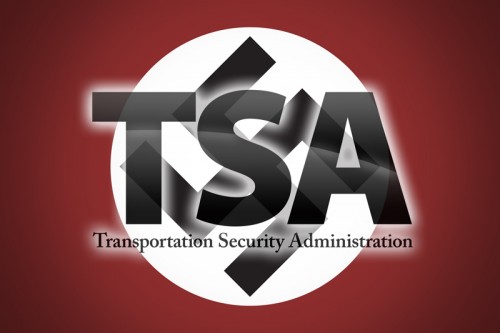 Please, someone at the “make work” program called the TSA answer me this, why do you always “decline to comment” when questioned about procedures or list of “behavioral indicators” that could put an air traveler in the “high risk” category. I guess declining to comment either means you are doing something not completely right or whatever information you provide could aid the terrorists. My mistake, I guess I should have figured that.

Today in the Nazi read file comes this piece, TSA security looks at people who complain about … TSA security and with good reason in my opinion. In the past months we have seen story after story of an air traveler being harassed or groped or molested, in the case of the 6 year old I wrote about a few days ago in TSA: This is unacceptable!

There is an alleged list that contains 70 “behavioral indicators” that could assist the “make work” program in singling you out as “high risk.” When it comes to “passengers attitudes” towards security, it reads, “Very arrogant and expresses contempt against airport passenger procedures.”

Uh, Big Sis, this is a protected right under the First Amendment. There is no way in hell this would stand up in any court of law. I disagree with the Nazi-like searches that take place each and every day for air travelers, especially kids and employees of an airline. The government is doing nothing less then demanding YOU be searched if you speak up regarding the procedures you are going through or could potentially face.

There are a few interesting comments from Peter Bergen, director of the National Security Studies Program at the New America Foundation and CNN’s National Security Analyst, who I actually respect, “I think the idea that they would try to draw attention to themselves by being arrogant at airport security, it fails the common sense test…And it also fails what we know about their behaviors in the past.”

Unfortunately DHS/TSA/Big Sis think otherwise and YOU will be the one to pay when it comes to speaking up and speaking out at a security checkpoint. I guess you can consider me a domestic terrorist then. As much as it pains me to say it, but there is no way in hell I would have stood around like one of the sheeple and let the TSA molest a 6 year old girl in the name of security.

An interesting note to end this story, “The TSA does not track the number of arrests, convictions or exonerations of people that are referred to law enforcement.” Wow! I wonder why? Because the percentage would be so low and asinine the American public would see just how useless this department is when it comes to actually “security” of the nation’s airports.