To kick the weekend off I have composed another rant which is titled, The Porting of Levels. While I could have looked at this on a very broad scale, encompassing QW, Quake, Quake 2 and Quake III, I focused my attention on realism maps being ported from Action Quake 2 to an up and coming mod called Reaction Quake 3. Personally, I find it hard to call someone a “level designer” if they take the work of another and port it to a new engine. Maybe you don’t. Give it a read and let me know.

Received this piece of news from GameSpy as a bit of an advanced warning in case The 6th Floor goes down.

Electricity in California is growing as scarce as a quality Adventure game. The utilities in the state are attempting to solve the problem by using “rolling blackouts” in different areas. A rolling blackout means that a section of the mighty power grid would be completely without power for a couple of hours, and then the blackout would “roll” to another part of the grid.

So, what does this mean to you? The massive collection of GameSpy Network servers run on electricity, despite our best attempts to convert to coal-burning servers, so you might think this would be a problem. Fortunately, the ISPs where we house the servers are ready to run for days on their own power. All of the servers are connected to Uninterruptible Power Supplies. These massive batteries protect the servers from any minor interruptions. If there is a major problem, the ISPs have huge diesel generators to give the servers the juice. Each of the generators has its own back-up generator. In other words, California would have to run out of Electricity and Petroleum for several days before it would be a problem.

WetWired finally has given me permission to show off his latest creation he calls Venice. Check out the detail, this map is going to rock! Here are some teaser shots: 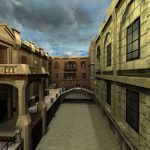 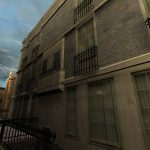 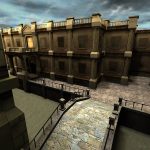 Hopefully we will see more quality levels like this, not only from WetWired but community developers.

I am not sure how many of you were alive in 1962, I know I wasn’t but I went and saw the movie 13 Days this afternoon. If you are any sort of history buff, I highly recommend it! It gives a look inside the politcal turmoil during The Cuban Missle Crisis. Kevin Costner is good, but his Boston accent sucks!